Venezuela to tax hard-currency transactions between clients of private banks 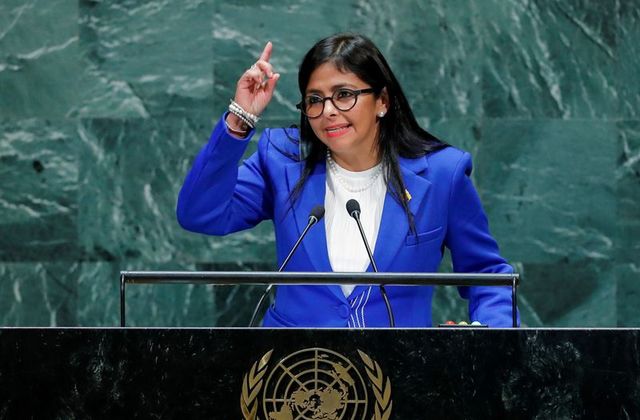 Venezuela said on Wednesday it will tax hard-currency transactions between clients of the same bank, an effort by President Nicolas Maduro’s government to boost tax revenue amid a broader economic liberalization.

Years of hyperinflation have led to a vast increase in dollar transactions in the OPEC nation, but the majority continue to be cash operations because U.S. sanctions have left Venezuela cut off from the international financial system.

Since last year, banks have been saving cash dollars in vaults and allowing for transactions between clients of the same institution, a service limited to firms with significant revenue and long-standing accounts.

“Foreign currency transactions within (a financial) entity will pay a transaction tax,” Delcy Rodriguez, who is vice president and finance minister, tweeted early on Wednesday. “For this purpose, the respective law will be reformed.”

She added that the tax would be set at a rate higher than the existing tax on large-volume operations in bolivars, without providing further details.

The government will also allow more businesses to become involved in currency exchange, which is currently restricted to a small group of brokerages with authorization from the central bank for such activities.

The local bolivar currency has depreciated 43% this month alone, while inflation between January and October was 1,798%, according to figures released by the opposition-run parliament.

Rummenigge on the Euro: UEFA President thinks it would be wiser to host the tournament in one country
Nacho will not play with Alcoyano. Real Madrid defender has been in contact with a coronavirus infection
Cuadrado has recovered from covid and can play with Napoli
Inter have offered to rent Origi from Liverpool
Messi, Ronaldo, Neymar, Lewandowski and Ramos-in the symbolic team of the year from the UEFA website
Berbatov on Bale: He will be returned to Real Madrid if he does not start to show the level that Mourinho expects
Pogba's time at Manchester United is running out again. The club did not buy a top player, but a beautiful story for social networks, Paul lost the battle for influence to Brun
Source https://www.lapatilla.com/2020/11/26/venezuela-to-tax-hard-currency-transactions-between-clients-of-private-banks-2/

Oxígeno venezolano ya llegó a Manaos